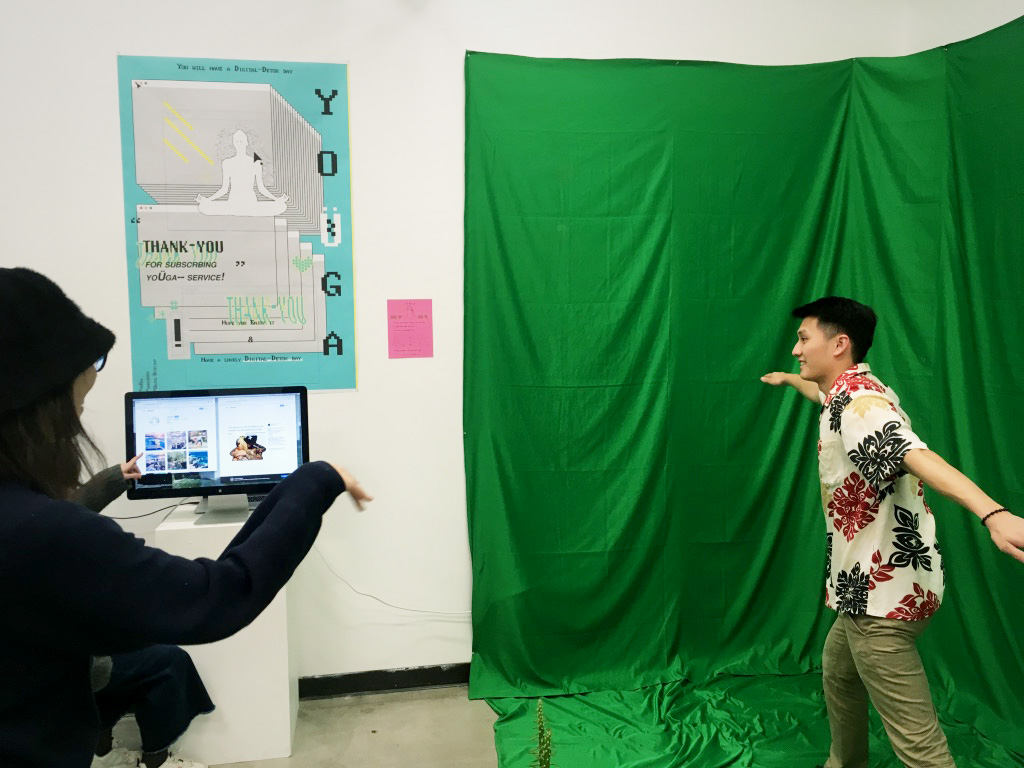 In this group project with three other students, we created a functional prototype of a green-screen imaging space that would recognize yoga poses and automatically maintain the social media presence of its participants. 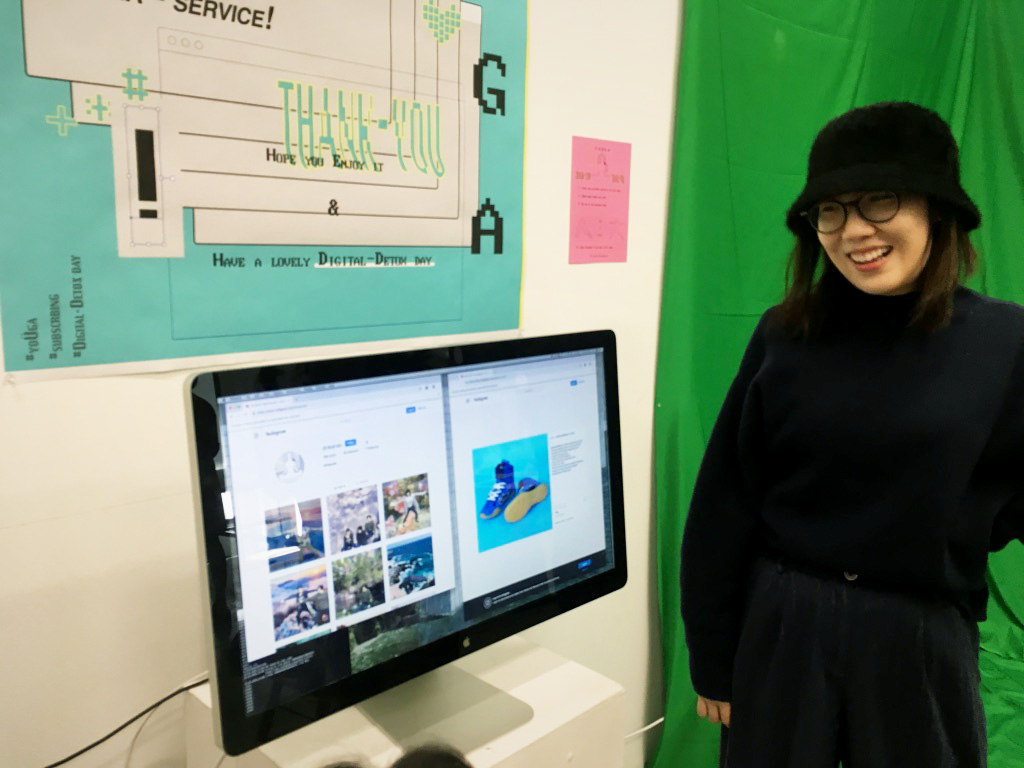 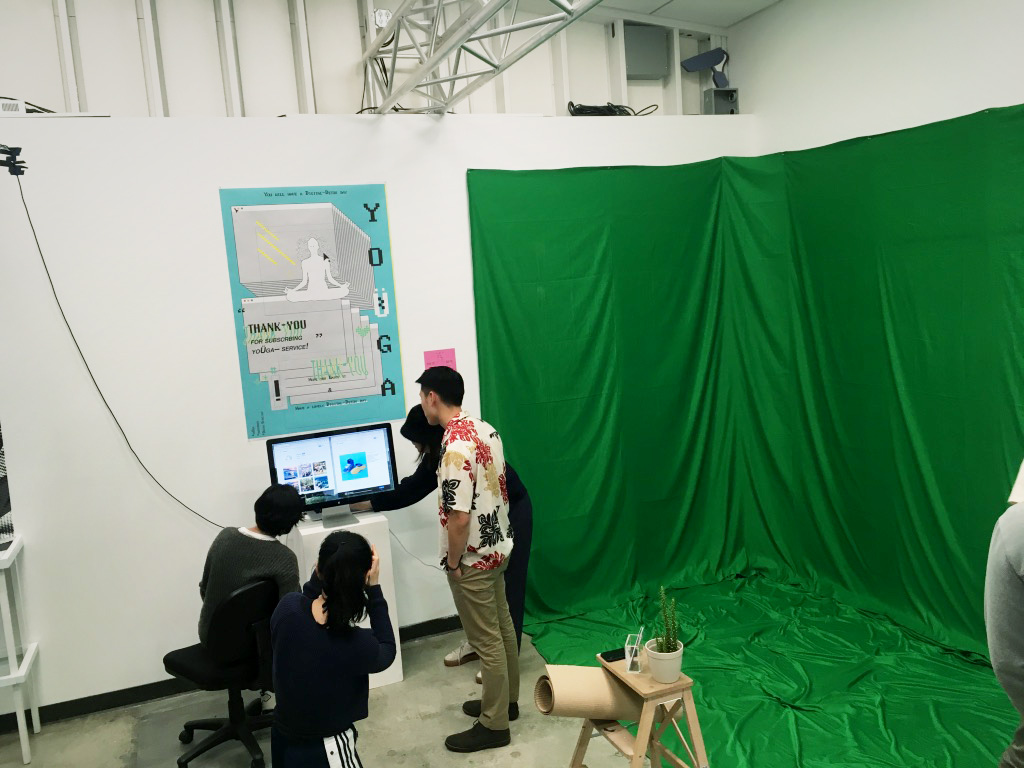 When our software saw them making a particular pose, it would composite them onto a tranquil background and post to an instagram account, maintaining digital life in a ridiculous and exaggerated way.

An overhead camera uses neural network-driven pose detection to catch one of three yoga poses that trigger an Instagram bot to either post, like, or comment.  The protoype was fully functional, and you can see the results of the experiment above.

I wrote the OpenCV-driven compositing system and merged it with the instagram bot code. Tongxin (pictured above) implemented the image classifier that recognized yoga poses in the camera input using Google cloud ML.

@dcleanse is no longer posting but the account still exists. 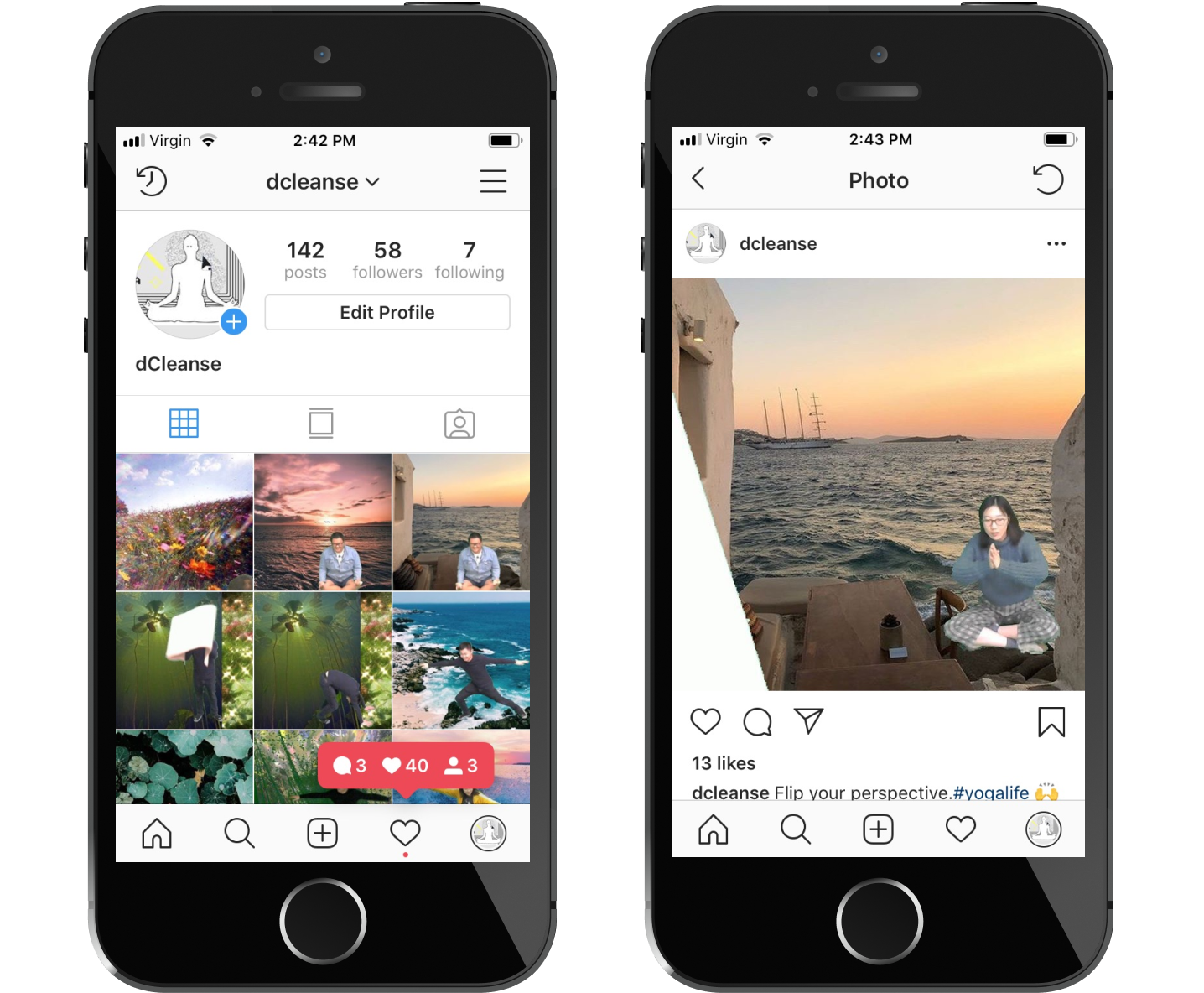 A fine line between bot and human

One revelation of the work was how much the behavior or a lot of social media users closely resembles bots. Especially in the fitness space, other users were eager to connect and engageme with something that was obviously not totally real.

We learned the importance of including null cases in training sets. Although the pose detection did somewhat work, it was over-eager to classify things.