This project began as an assignment in the Media Design Practices class Mega Mega, a research through design studio sited in Mexico City. I continued the project on my own when I returned a year later.

The project revolves around walking, video recording, and algorithmic assemblages of the resultant image sequences from the videos. I wrote python scripts to leverage OpenCV and NumPy for compositing and image analysis.

In contrast to imaging solutions like Google Streetview, which attempt to provide total schemas of spaces, these assemblages embrace distortions within their panoramic illusions. Their compressions, expansions, warps, angles, and blurs speak to the way that our sense of place always unfolds through interactions over time. Our understandings of where we are imply motion and change, troubling the certainty of fixed catalogs of space.

What can reassembling images from different journeys tell us about how our sense of space emerges from interactions with things and people? 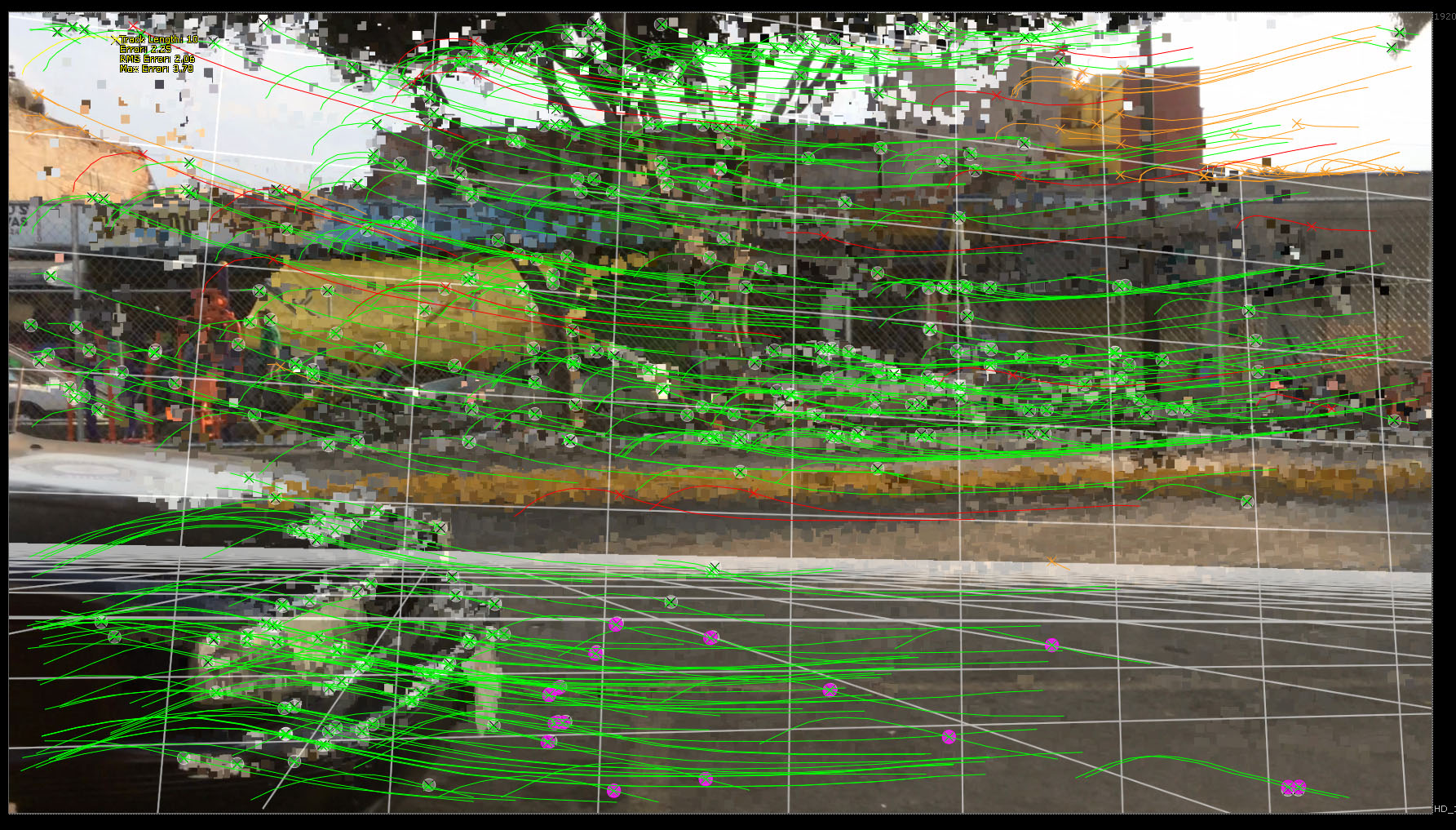 These assemblies all came from algorithmically joining the frames of video sequences I and others shot as we walked or otherwise traveled through spaces.

These earlier assemblies show different routes into the shared workspace in La Merced market: one on foot, and one from bike.  These two views come from my and another designer’s daily trips into the space.  He biked into our co-working space from a more southern neighborhood, while I took the train from a closer neighborhood. Consequently his view is more removed than my close-up perspective of the street market stalls. His speed of travel also appears in the rhythm of some of the frame edges. This commuting study was one of the most successful in the initial project. Seeing the different spaces everyone moved through in transit to ATEA was a really interesting visualization of the way projects like a co-working space link disparate parts of a city together. 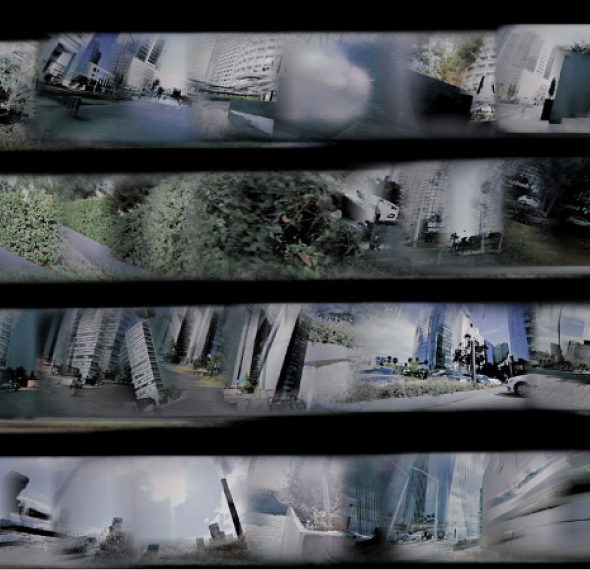 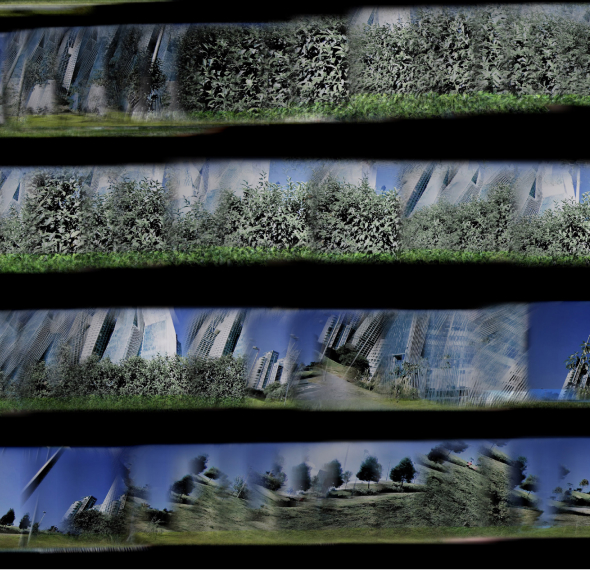 These next two assemblages are from Colonia Santa Fe, a wealthy suburb 10 miles South-East of the city center. The area hosts the Mexican headquarters of many multi-national corporations, boasting some of the highest rents in the city. Its spatial logic privileges automotive transit: barely walkable streets connect massive commercial/residential towers with guarded parking garages underneath. Many people commute in for work. One of my friends taught at a university in the area and did so frequently. We walked the route from his school to the neighborhood park: Parque La Mexicana.

Colonia Santa Fe holds a gorgeous park, Parque La Mexicana, which offers a beautiful if somewhat isolated experience of public space. In contrast to the somewhat claustrophobic experience of trying to navigate the neighborhood on foot, the park assemblage reveals deep vistas, greenery, and a recurrent skyline. The rhythms of repeating forms are more regular, an interesting echo of its highly controlled and serene landscape.